The Creux es Fees passage grave was my first experience of Guernsey’s megalithic magnificence. I noticed it then and still think so now – the entrance is just too big. Is this a feature of the original design or have some stones been removed over the years? The Creux es Fees was excavated in 1840 by F. C. Lukis but we must remember that there was up to 4000 years of use before that so there was plenty of opportunity to remove the first capstone. 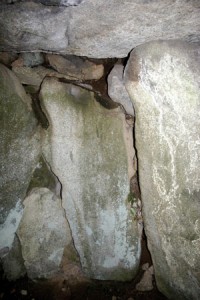 The Creux es Fees is one of two (or more) passage graves on the Lihou headland, (the other one is long gone) and this is the third largest surviving dolmen in Guernsey. It carries the dubious claim to be the entrance to the fairy world. On the back wall there is a little door type stone – are you brave enough to look behind it?

German occupiers built a bunker practically in the left hand side of this great structure. There can be no doubt that the headland was an important look-out to them – the huge German tower built on the foundations of an earlier Napoleonic fort dominates the headland and can be seen for miles – but they could have been a bit more considerate.

Excavations produced a few bones, a couple of arrow heads and some pottery. This has been dated c.2000 BC but that only suggests a date for its latest phase of use. Looking further around Lihou headland, there are large shaped rocks used all over the place, remnants from a busy building period over four thousand years – mainly reusing old stone. 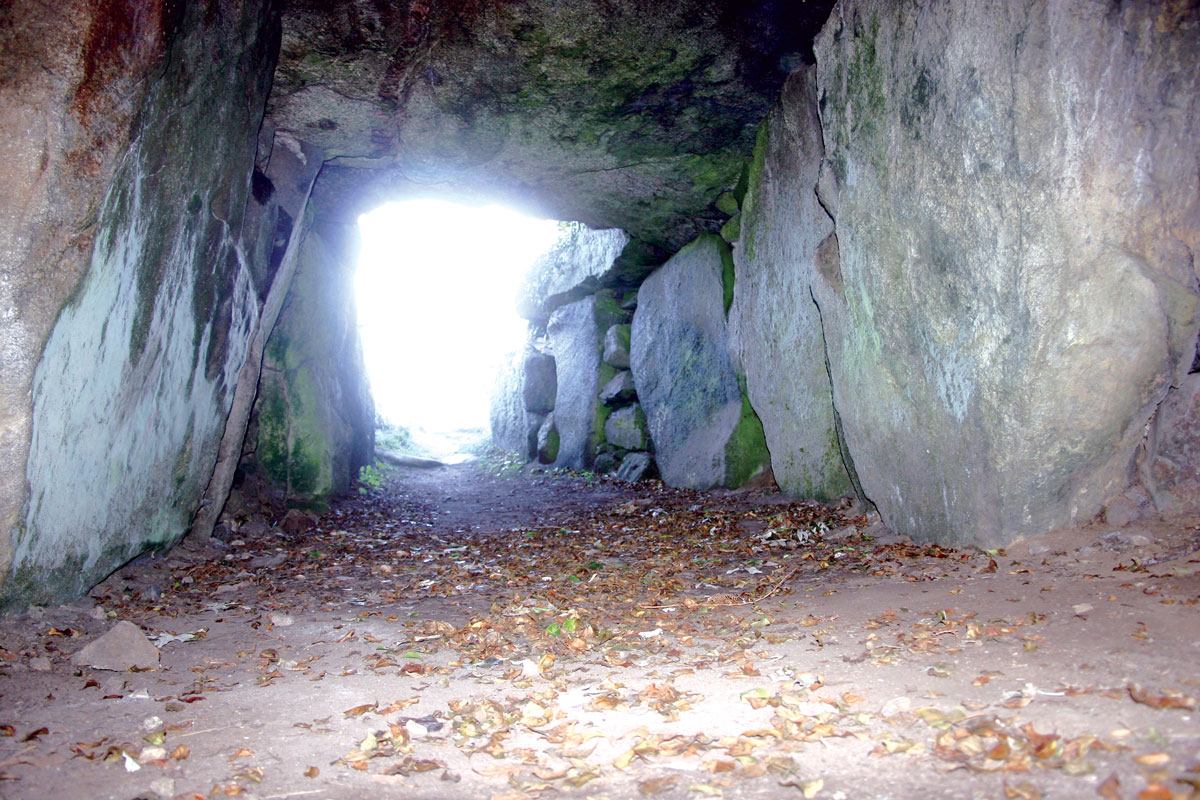