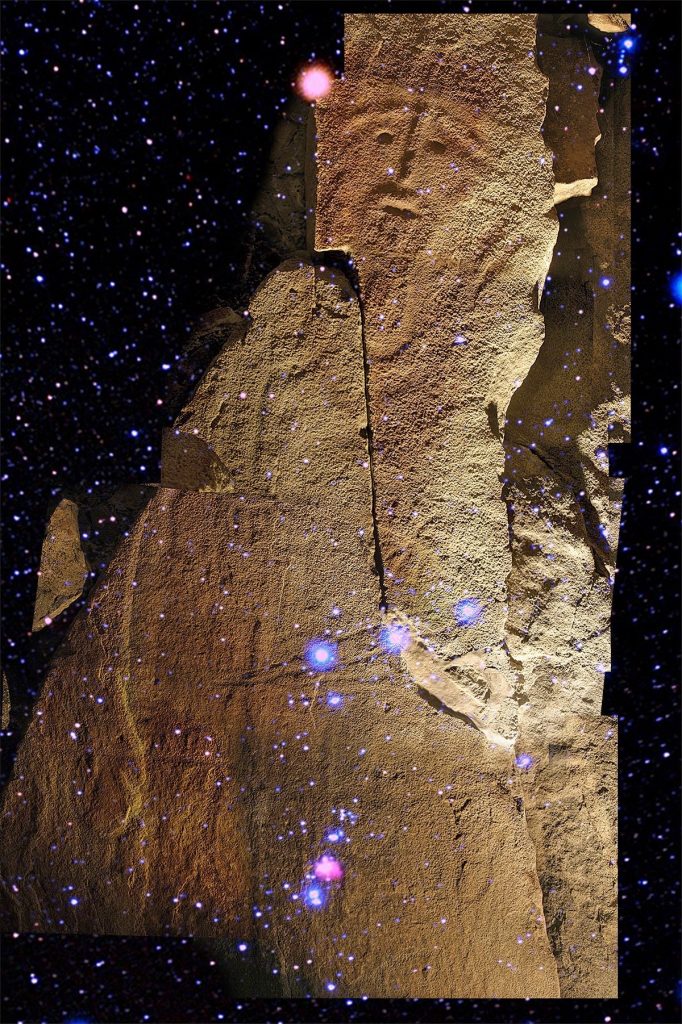 Is this Orion in stone?

Ancient man must have had a close affinity with the night sky. Without the light pollution we suffer today, the stars would have looked brighter (and therefore closer). Many of the sites in this book feature alignments with celestial occurences, (if not exactly at least visually). The number 12 is referenced at La Platte Mare suggesting the zodiac or similar. Why not show a representation of the stars in stone? Looking at the belt in the constellation of Orion one clear night brought a familiar figure to mind. Look at the image on the left – I have overlaid the constellation over my photo – and tell me that is coincidence.

In the middle of a clear night Orion looms very bright in this part of the world as he traverses the sky. ‘Le Gardien’ has often been refered to as a ‘hunter’. The constellation is named after Orion the hunter in Greek mythology and is one of the most prominent and recognisable constellations in the sky. Orion can be seen throughout the world. He is awesome, and would have been just as awesome to every human that ever saw him. His brilliant belt of three stars, it has been speculated, may have even anchored the alignment of the Pyramids of Giza.

Now, this is where we get into the realm of (even more) speculation. See what’s happening below his hunter’s belt? This arrangement of stars is regularly refered to as his ‘sword’ and that may be suit modern man’s interpretation. This carving may have been made many thousands of years before swords where even invented. 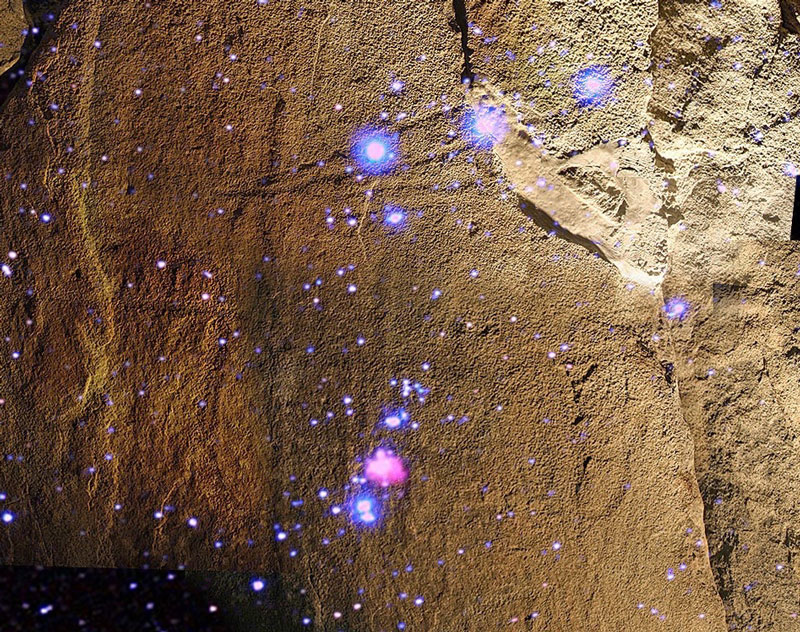